AgBookClub was created by Gracie Weinzierl and Laura Wolf to spark discussions in the agriculture community on consumer-facing books on food, farming and related topics. They cover a new book each month and host weekly Twitter chats on Wednesdays at 8pm Central using the hashtag #AgBookClub. If you missed last month’s discussion, here’s what the duo thought of their latest read.

“The Worst Hard Time: The Untold Story of Those Who Survived the Great American Dust Bowl” by Timothy Egan: Most of us know the 1930s as the decade of the Great Depression, but the Dust Bowl got a smaller footprint in our history books. Though it was most acutely experienced in only a few states, the Dust Bowl had far-reaching effects on public policy and the notion of conservation, not to mention the American agricultural psyche. As memories of those who lived through it fade, we risk losing both heart-wrenching national history and practical knowledge about the origins of farming practices that took hold in the aftermath of dusters who stripped the topsoil from vast swaths of the Plains. “The Worst Hard Time” takes readers back to the time we grew up hearing about in stories from our grandparents and great-grandparents — from a perspective that deserves to be heard.

I’m a history nerd. There, I said it. And that’s part of the reason I picked this book to discuss in AgBookClub. The 1930s are a fascinating time in history, and part of that might be because I can feel the connection to that time period through stories I’ve heard from my grandparents — all of whom would have been born during the Great Depression (or just a few months before Black Tuesday) — and my great-grandparents, who, as we would say in today’s time, would have been trying to learn how to “adult” in America’s worst financial crisis.

But my ancestors were all living and farming in Central Illinois during this time. If the Great Depression was hard on them, I can’t imagine what it would have been like to try to farm land that was blowing away from beneath their feet, leaving them with no chance at making a living, let alone paying for the investment in seed and equipment.

That’s why this book is a must-read, in my opinion. There are so many things we learned from that soil conservation nightmare and have implemented on farms all across the country. Why do we farm the way we farm? Everything we know and do is a result of an experience, and if the next generation isn’t taught, then how are they supposed to know the importance of what they’re doing?

Beyond all of that great farming knowledge, this book covered all of the character bases: a father looking for a home for his family; a child growing up in the Panhandle and doing whatever he can to support his mother and siblings with a farm that was blowing away; a twenty-something newlywed who left to experience the big city just to come back home to the blowing Panhandle because that’s where she knew she belonged, just to lose her first-born to the dust; and a farmer keeping a diary because “if he was going to be buried under a sea of dust, he wanted to leave something behind.”

The stories are real and, in some cases, heartbreaking. They show the resilience of the American farmer and show you just how much hope there was (and still is) in the phrase, “well, there’s always next year.”

I’d give this book 4.5 stars. If you love reading about history and agriculture, this is a must-read for you.

This fall, my family celebrated with my Great-Grandma Laura as she became a centenarian. A lifelong teacher, librarian, and astute observer of family affairs, Grandma knows all. If I want to know when someone moved to their house in town or which church our cousins attended, Grandma has the answer. All of that said, “The Worst Hard Time” made me realize just how much there is left to record of Grandma’s story while we can.

Grandma Laura would’ve been about 12 when the stock market crashed — and though I don’t know her story at this time particularly well, I imagine it a lot like the American Girl doll Kit Kittredge (the one I had, because I had short blonde hair and freckles, too). Thrifty, resourceful, and growing up faster than ever.

My family lived and farmed in central Missouri through the Depression and the Dust Bowl. They saw dusters carrying other people’s livelihoods, but didn’t watch storms strip their land the way some did.

Reading this account — filled with first-hand stories, tales gathered from descendants and the few remaining journals from the time — gave me a greater appreciation for the many factors that culminated in the Dust Bowl. I wanted to pinpoint blame, but it came down to this: several groups with straightforward goals acted pretty rationally on the information they had at the time, and we ended up with the Dust Bowl anyway.

If you’ve ever wondered why people didn’t up and leave during the Dust Bowl — or even as hurricanes or flooding threaten their homes — this book is an incredible primer in the ineffable spirit and the unstoppable stubbornness of people whose lives depend on the land.

Though it took me some time to get into (and though the audiobook is weirdly peppy for the subject), this book gets 4 out of 5 stars from me. This ought to be required reading in American History courses, and it’s beautifully captured.

AgBookClub kicked off 2018 with “Grocery: The Buying and Selling of Food in America,” and will wrap up discussion on January 31. They’ll get started with February’s book, “The Food Police,” on February 7. Visit their website for the full reading schedule. 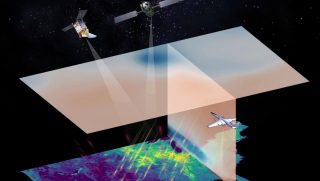 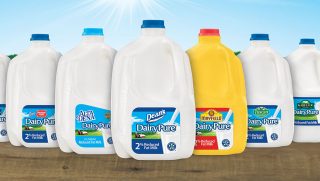 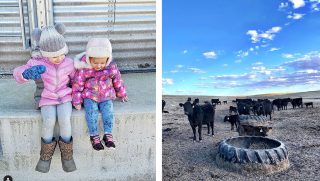 A letter to animal ag: Back off of fake meat and milk

If characters of ‘The Office’ were members of your FFA chapter